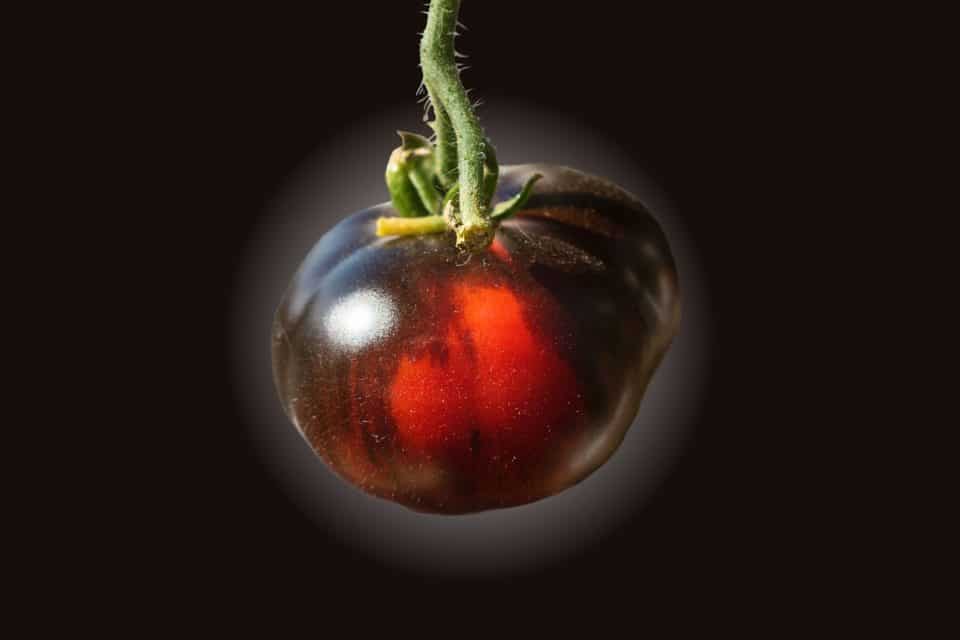 Have you ever thought of the different ways you can use tomatoes? You cannot run out of ideas from stews to soups to salads down to sauces and in sandwiches.

You can even use them in your face care routine- it’s another interesting way to make use of these vitamin-C-loaded fruits.

Fruits- because they form from flowers and have seeds (a debate as old as time).

We introduce two varieties of these fruits, diving into what makes them unique and what could be right for you. So, which are these options? – Black Krim vs Cherokee Purple.

This tomato boasts a dark red-brown hue that gets even darker when exposed to warmer climates.

As far as taste goes, this tomato has garnered a good reputation for its rich, sweet taste with a tangy aftertaste.

Black Krim is quite an unusual name, and you may be asking where this tomato got its name.

The story takes us to Ukraine, where this tomato’s origin starts before it made its way to the US market in the 19th century. Here is yet another tomato known for its amazing taste. Like the Black Krim, it also takes on a dark color, making it quite appealing to the eyes.

It also helps that the tomatoes are large (10 to 12 ounces on average) with a rich sweet taste. No wonder it’s such a favorite for sandwiches and salads.

Are you wondering where the name Cherokee comes from? It dates to the 19th century. The Native American Cherokee tribe cultivated this tomato at around this time, whose use soon spread to other regions.

While both are large tomato varieties with flattened appearances, the Cherokee Purple varieties tend to be much bigger.

When it comes to taste, it becomes a bit harder to tell one from the other. However, some people have noted slight differences between the two.

You see, they both have that rich tomato flavor that is characteristic of almost all tomatoes. The Black Krim, though, tends to be more balanced and features sweet and savory notes with a bit of tanginess.

The Cherokee Purple variety takes on a more intense flavor and has a few notes of smokiness that make it ideal for sandwiches.

For this reason, some people prefer growing the Cherokee Purple tomato. It helps to note that if you’re not paying too much attention to the taste, you could completely miss that they are different varieties.

These are both mid-season varieties. Even so, the Cherokee Purple grows to much bigger sizes. It may thus take a slightly longer period to mature to the point of harvesting.

On average, it takes the Black Krim 80 days to reach maturity. The Cherokee Purple variety takes anything from 80 to 85 days to reach this stage. Not to worry, though- they make up for this delay with their big sizes.

Get Your Cherokee Purple Seeds Here!

As gardeners expand their tomato selections, they have leaned on darker-hued varieties like Black Krim and Cherokee Purple. So, what makes these varieties so similar?

Both the Black Krim and Cherokee Purple tomatoes are beefsteak tomatoes. These are large tomato varieties, which can weigh as much as a pound or even more.

They also feature tons of seed compartments in the fruit. Most people grow these tomatoes, hoping to use them for sandwiches. As the name also suggests, their large sizes make them suitable for use in large beef steaks.

Indeterminate varieties, on the other hand, continue growing throughout the season.

The result? – You can harvest ripe fruit all through the season until frost sets upon the plant and kills it. So, if you want a steady supply of tomatoes, indeterminate tomato varieties like these are the best choices.

Please note that these varieties require staking. Also, given that they will grow throughout the season, pruning them is advisable. Else, they could grow into an unmanageable bush. Black Krim tomatoes have deep reddish-purple skin. In hot conditions, the skin can turn almost black, making them one of the darker varieties in the market.

Cherokee purple tomatoes feature a rich red hue. The tomatoes should have a dark red hue with green or brown shoulders when grown in the same conditions.

Even when they are fully ripe, the shoulders maintain these hues. So, as far as appearance goes, they could easily be confused for each other.

These indeterminate varieties (also referred to as vining tomatoes) grow in pretty much the same conditions.

To ensure you get a good harvest before the frost kills them, you’ll want to seed them indoors at least four weeks before your last frost date.

Once the temperatures are averaging at least 10°C, you can move them outside. Both varieties appreciate moist, rich, and deep soils.

The tomatoes should do well if you keep amending the soil and watering the plants during the growing season.

Please note that Cherokee Purple varieties will take a slightly longer period to mature because of their large sizes.

To quicken the ripening, you may want to apply liquid fertilizers every two weeks, ensuring you do not overfertilize the soil.

These indeterminate tomatoes are both great options for your garden. They require relatively the same growing conditions and have pretty much the same yield and the same tastes and sizes.

So, choosing one of them cannot be an easy decision. Consider what you want most out of your tomatoes.

For example, if you want faster maturity, you can choose the Black Krim. But if you want bigger tomatoes, you could choose the Cherokee Purple. Or better yet, choose both!

If you enjoyed this article, check out our article on how to get rid of gnats in plants using coffee grounds.

link to Hydrangeas vs Lilacs - A Detailed Comparison Guide

For that ‘wow’ factor in your summer garden you may automatically think of hydrangeas. These can be truly spectacular when they bloom in all their glory. Hydrangeas can grow up to around 15...

Continue Reading
link to How to Propagate a Christmas Cactus

The holidays! What a wonderful time to take in the beauty around you – and with a Christmas cactus in your corner, that will hardly be a task. This cactus blooms in the holidays, presenting its...